Now that we have deployed our backend API; we almost have all the pieces we need for our backend. We have the User Pool that is going to store all of our users and help sign in and sign them up. We also have an S3 bucket that we will use to help our users upload files as attachments for their notes. The final piece that ties all these services together in a secure way is called Amazon Cognito Federated Identities.

Amazon Cognito Federated Identities enables developers to create unique identities for your users and authenticate them with federated identity providers. With a federated identity, you can obtain temporary, limited-privilege AWS credentials to securely access other AWS services such as Amazon DynamoDB, Amazon S3, and Amazon API Gateway.

In this chapter, we are going to create a federated Cognito Identity Pool. We will be using our User Pool as the identity provider. We could also use Facebook, Google, or our own custom identity provider. Once a user is authenticated via our User Pool, the Identity Pool will attach an IAM Role to the user. We will define a policy for this IAM Role to grant access to the S3 bucket and our API. This is the Amazon way of securing your resources.

From your AWS Console and select Cognito from the list of services. 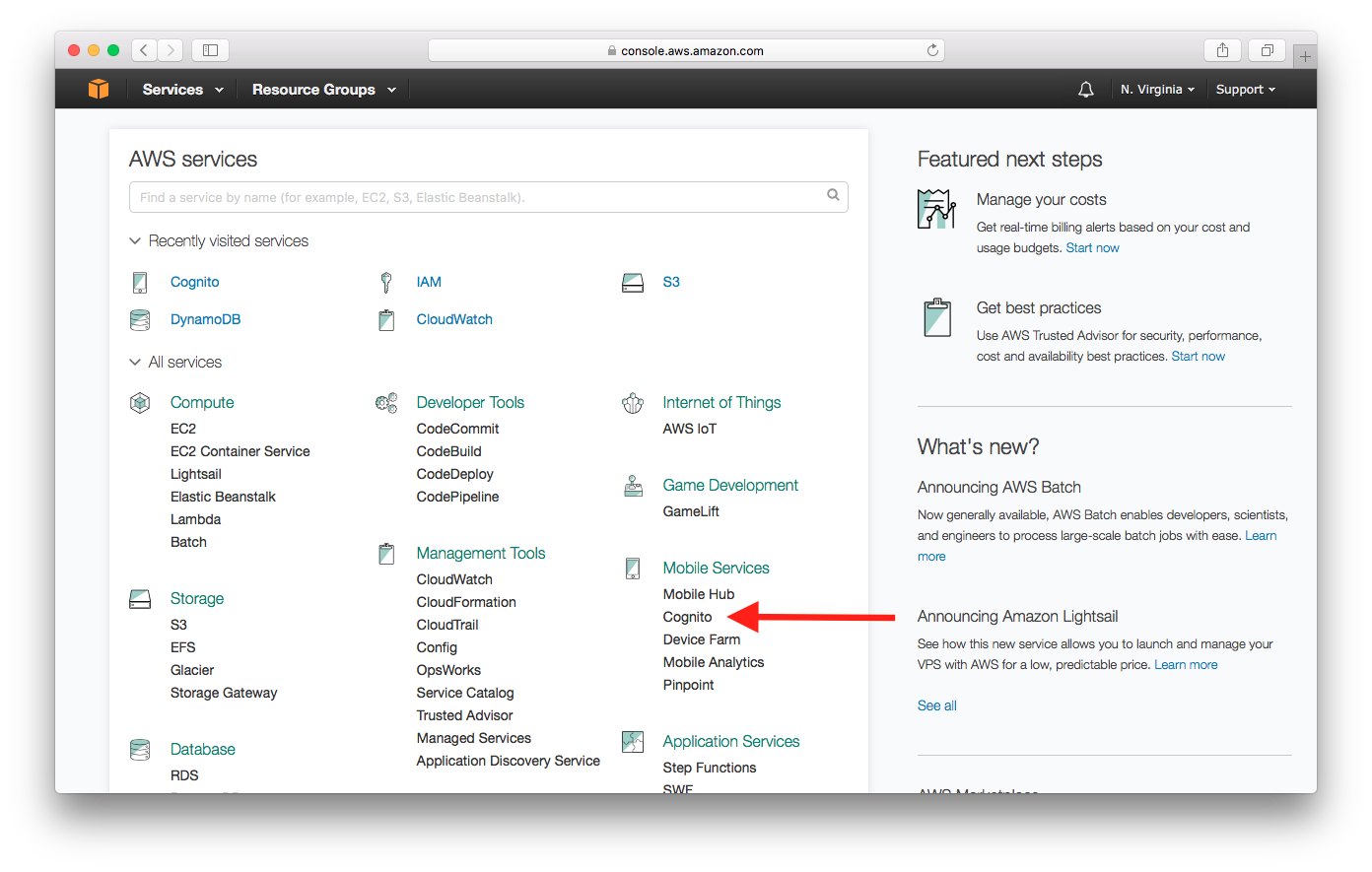 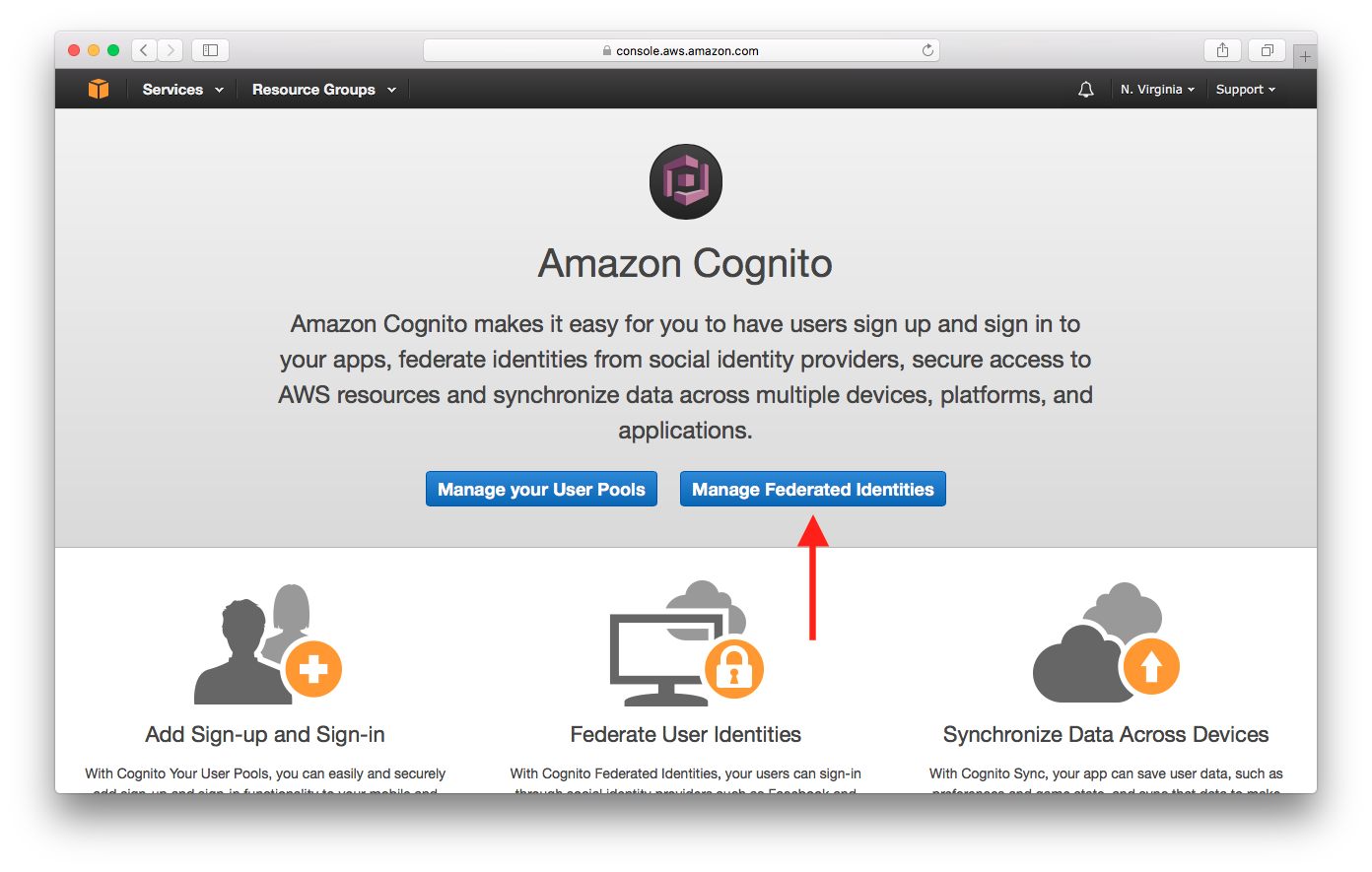 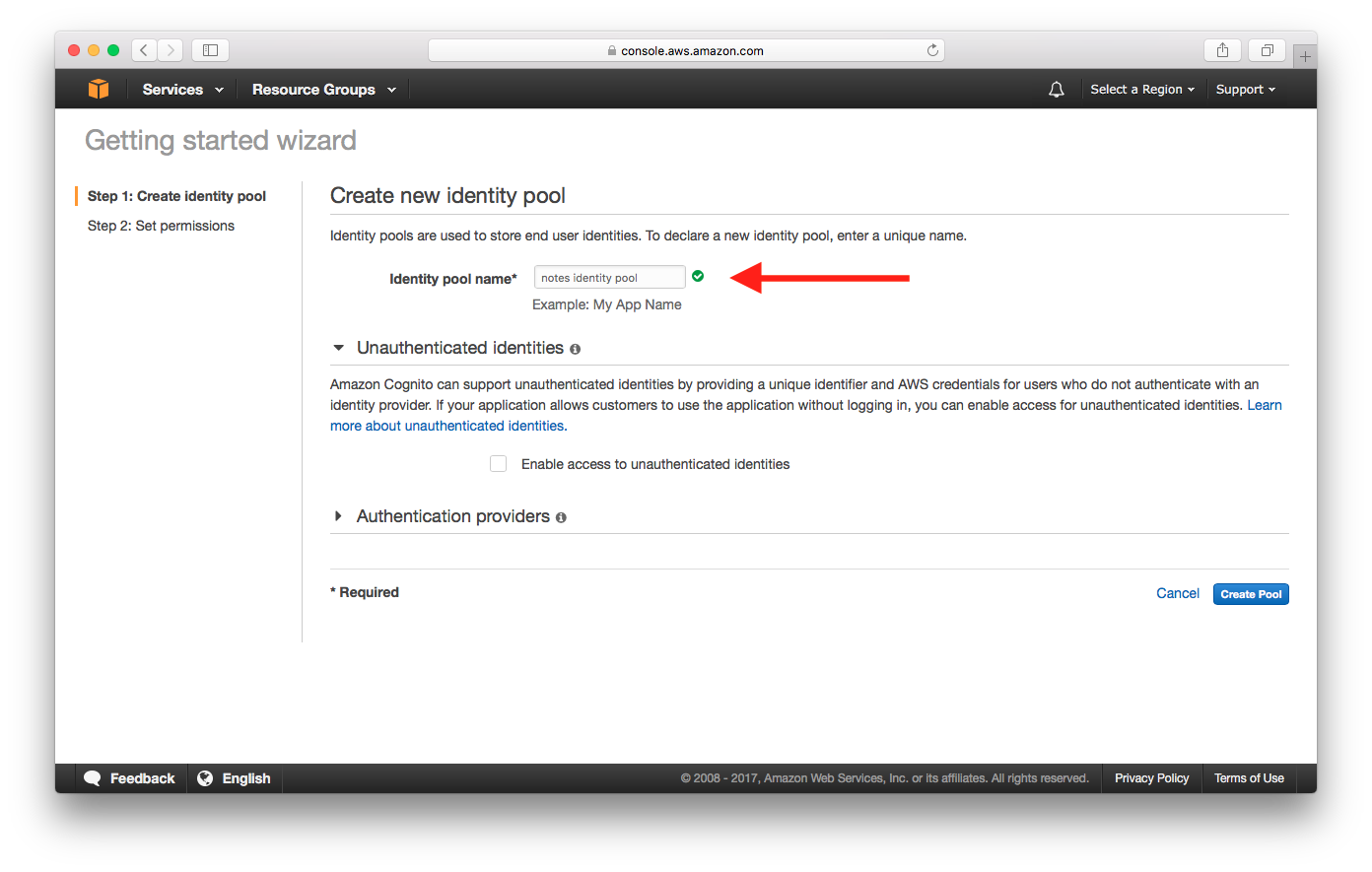 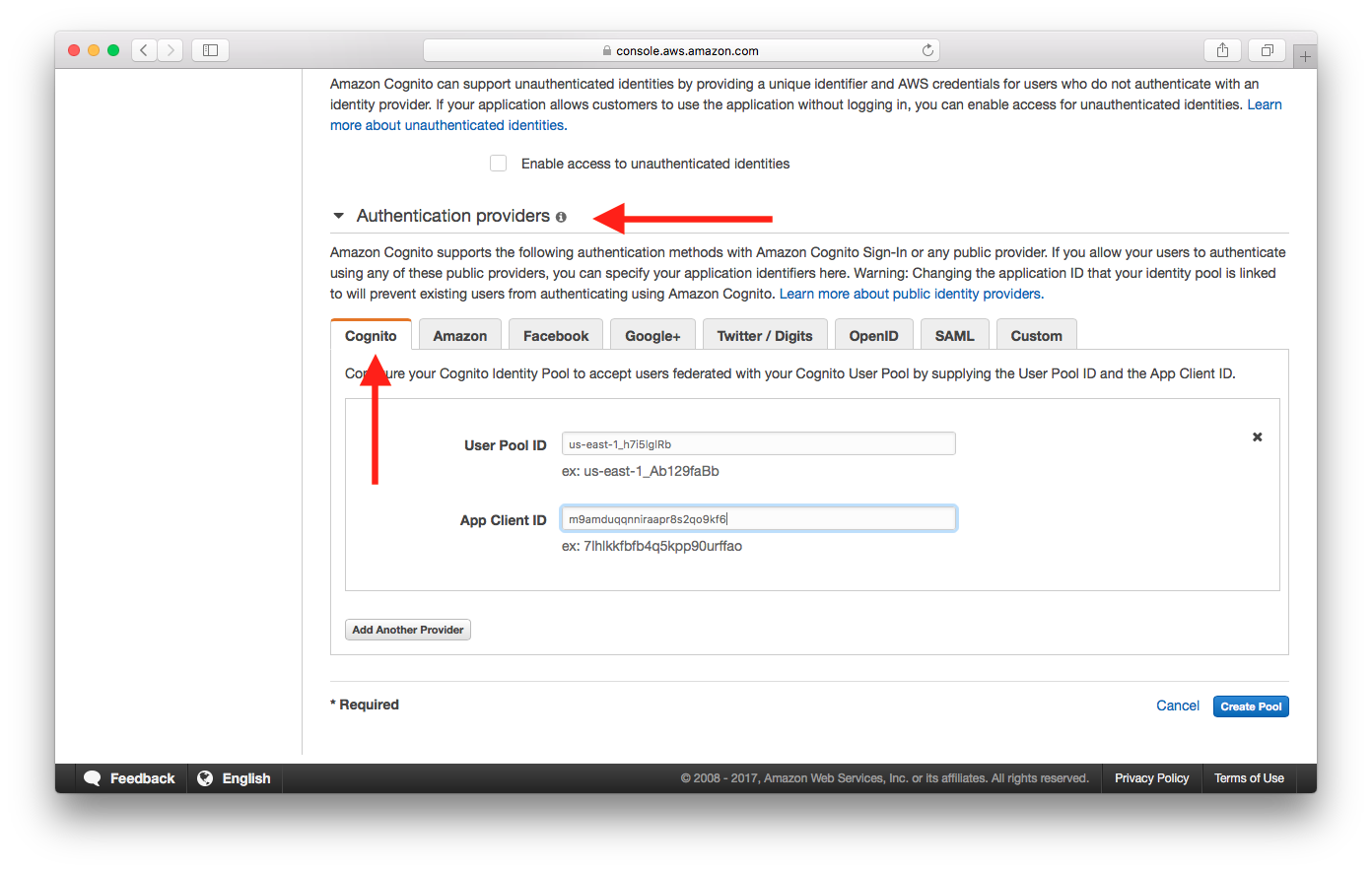 Now we need to specify what AWS resources are accessible for users with temporary credentials obtained from the Cognito Identity Pool. 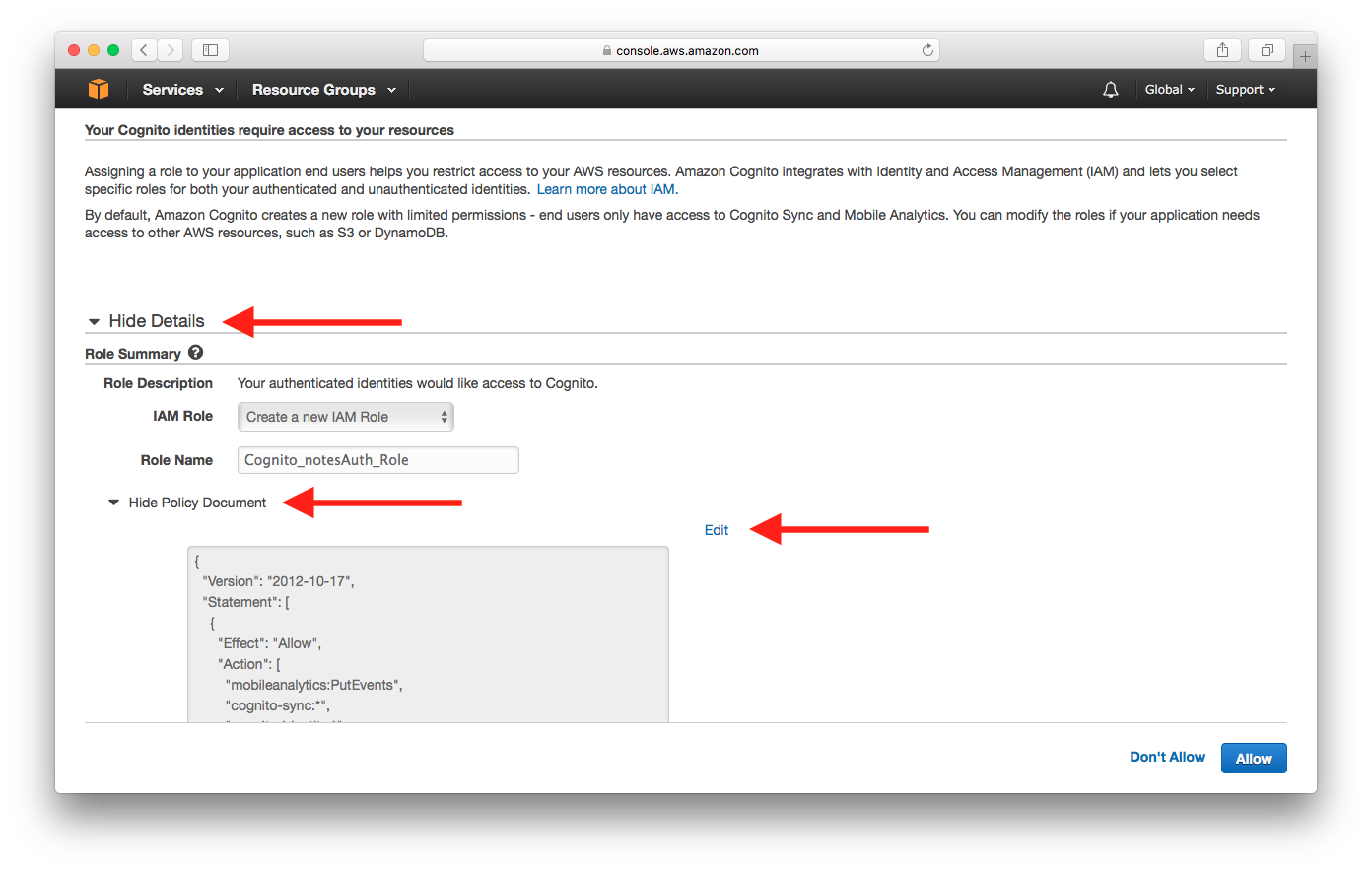 It will warn you to read the documentation. Select Ok to edit. 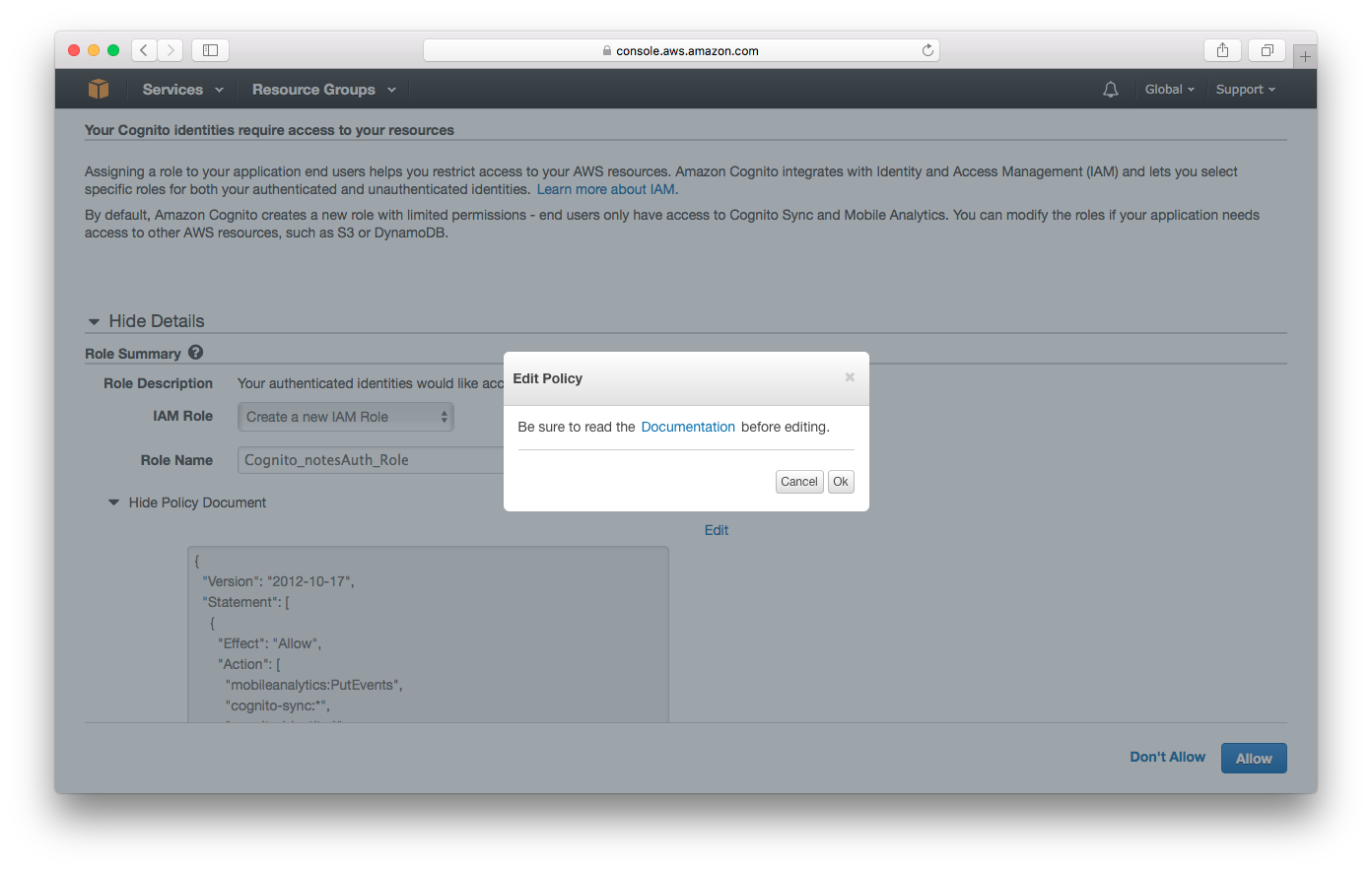 Add the following policy into the editor. Replace YOUR_S3_UPLOADS_BUCKET_NAME with the bucket name from the Create an S3 bucket for file uploads chapter. And replace the YOUR_API_GATEWAY_REGION and YOUR_API_GATEWAY_ID with the ones that you get after you deployed your API in the last chapter.

So effectively we are telling AWS that an authenticated user has access to two resources.

One other thing to note is that the federated identity id is a UUID that is assigned by our Identity Pool. This is the id (event.requestContext.identity.cognitoIdentityId) that we were using as our user id back when we were creating our APIs. 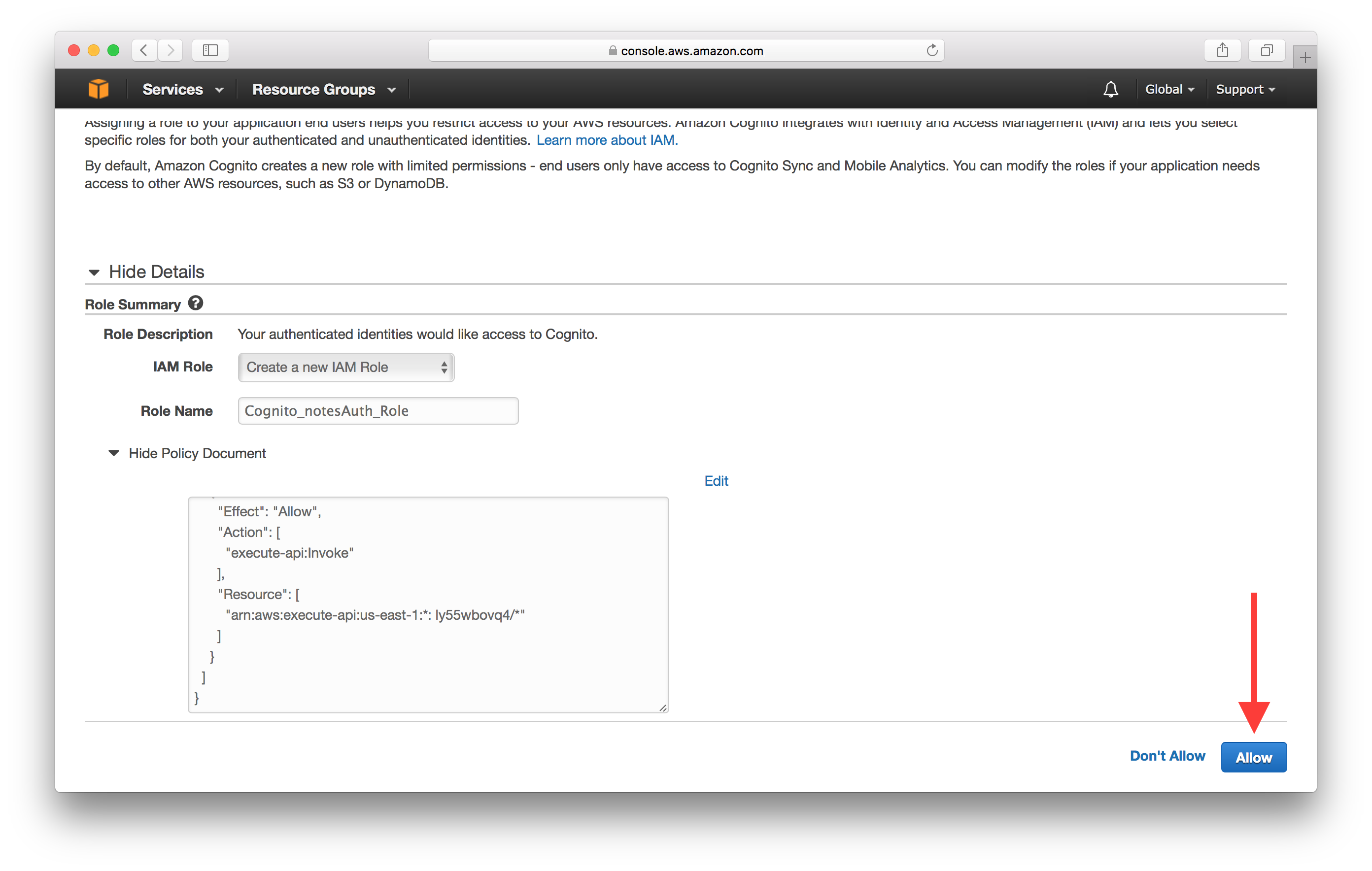 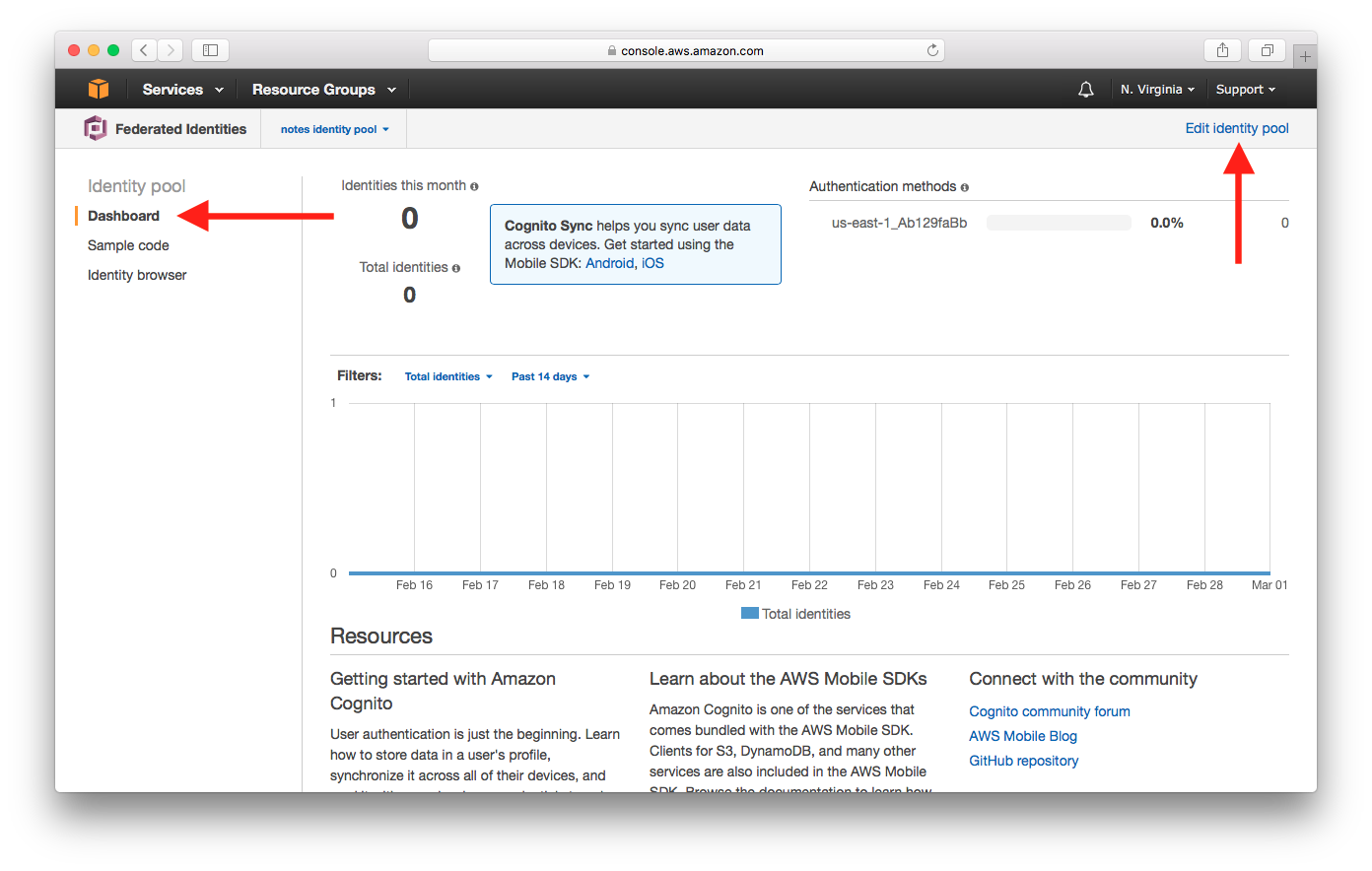 Take a note of the Identity pool ID which will be required in the later chapters. 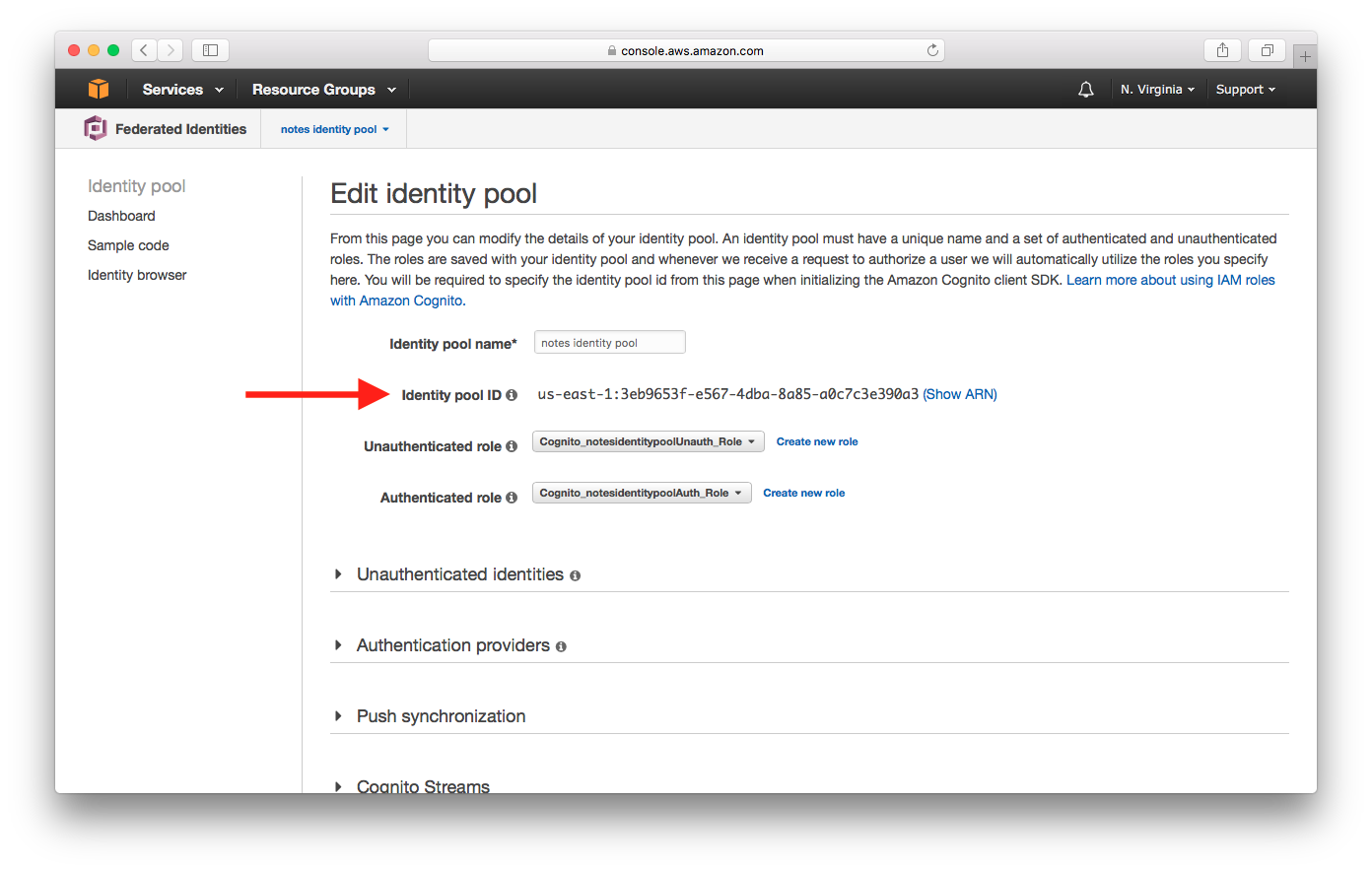 Now before we test our serverless API let’s take a quick look at the Cognito User Pool and Cognito Identity Pool and make sure we’ve got a good idea of the two concepts and the differences between them.

If you liked this post, please subscribe to our newsletter and give us a star on GitHub.

For help and discussion

Comments on this chapter
← Previous Table of Contents Next →